The legendary John G. Morris, 94, has decided to put most of his personal collection of prints up for auction, according to a story by David W. Dunlop on the New York Times’ Lens blog.

Why should you care? Do you have any idea who he is?

In his personal collection are prints given to him by the greats – Dorothea Lange, Robert Capa, Elliot Erwitt, Henry Cartier-Bresson and W. Eugene Smith. You could, as Dunlop says, “open a substantial little museum with these gems.”

And this is pretty cool … Morris created a photo diary, of sorts, which you can grab as a PDF right now. I think my free time this weekend just disappeared. 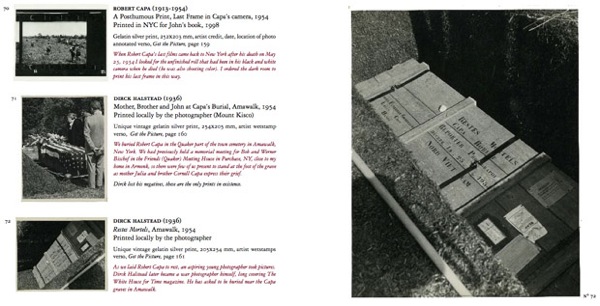