To commemorate the 50th anniversary of John F. Kennedy’s presidential election, Life.com has put together a gallery of more than 30 previously unpublished images from the campaign trail. (In fairness, I wish they’d publish a similar gallery of Richard Nixon’s campaign as his may have been the last of its kind.)

Looking at the access–of both the press and the public–is pretty astonishing. But what we have today is a direct result of what happened three years after these photos were made. 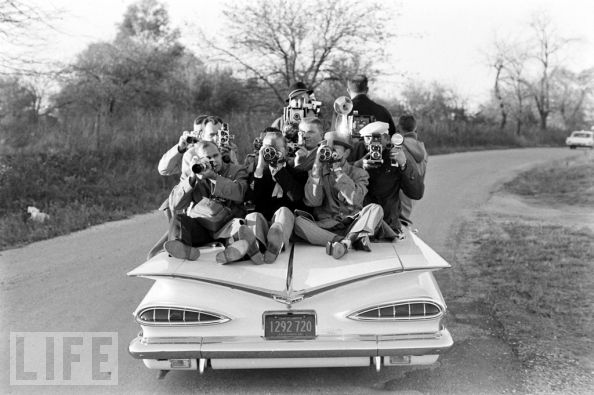 Life photographer Paul Schutzer turned the cameras on the press during a stop in Illinois.

1 thought on “50 Years Ago … Kennedy on the Campaign Trail”