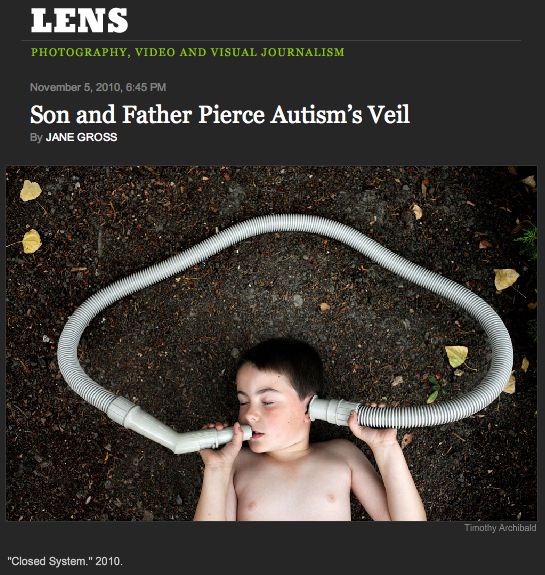 The New York Times‘ Lens blog has a piece up on a project done by editorial and advertising photographer Timothy Archibald and his son, Elijah. Elijah is autistic and his father was struggling to deal with that, so he turned to what he knew best–images–to tell their story, to share their world.

The blog entry is fascinating in how Archibald talks about how the project is really a partnership, a collaboration, more than it is a documentary project by a father of his son. All of the photos were shot in or around their home.

“That’s where the tension was; that’s where I was trying to be a parent and feeling I was doing such a bad job of it,’’ Mr. Archibald said. “This is not about Eli in the world.’’

It’s not journalism (read the note at the end of the story), but it is an interesting way of using one’s craft to communicate with both the outside and the inside world.