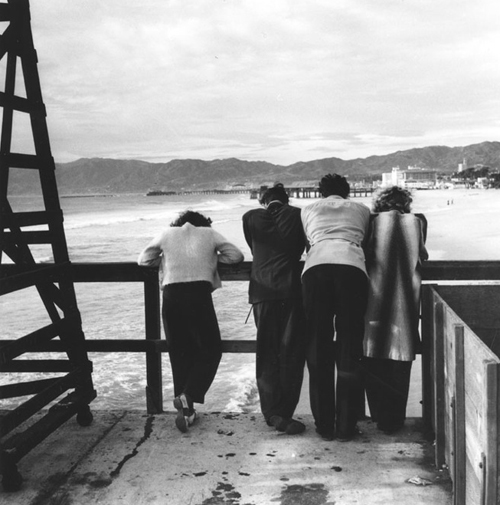 From the Ansel Adams collection donated to the Los Angeles Public Library.

No lie … NPR has a gallery of images Ansel Adams donated to the Los Angeles Public Library in the 1960s. It is very un-Adams like in some frames – tilted horizons that, to me, are fairly jarring in their carelessness. Still, the photos have a historical value … a value that he did not understand at the time of the donation:

Adams donated the photographs to the library in the 1960s. He wrote in a letter: “The weather was bad over a rather long period and none of the pictures were very good. … I would imagine that they represent about $100.00 minimum value. … At any event, I do not want them back.”

To which the librarian responded: “Even though you say they are not your best work, they present an interesting and useful study … We have consulted our Art Department … and have concluded that a fair value would be one hundred and fifty dollars ($150.00).”

(Thanks to Scott Bryant for the link.)