For the Multimedia Journalism class, my students will be producing multimedia autobiographies today. They’ve been playing with audio and web design, today they get SoundSlides.

Because I still haven’t produced enough audio slide shows (I mean, who has?), I decided to do another so I had examples and samples. I scanned images at home last night (after digging through several boxes), recorded the audio in my office this morning (on the Olympus WS-300M with a Nady SP-4C mic), then edited in Audacity and SoundSlides.

Total time, excepting scanning, was less than 60 minutes. I don’t expect they’ll get through this that quick (though they’re supposed to have their audio and images ready to edit), but, really, this isn’t that hard.

We’re looking at doing a series of online/multimedia/new technology workshops for faculty later this semester. The biggest thing we’ll need to do is get them over The Fear. And that’s the same battle I have with some of my students: they are afraid of what they don’t yet know. They know they need this, they know they have to learn it. But they are afraid of failing more than they are excited by learning.

So for the 5990ers that are reading this before class: Go Fail. It’s good for you. 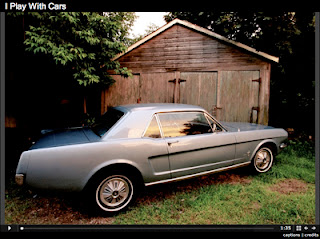