I’ve been sitting on this one for a while because I’m not sure how I feel about it. Part of me is angry, part annoyed and part … well, just accepting.

CNN.com posted a video several weeks ago about a Scottish farmer who is refusing to sell his land to Donald Trump. Trump wants to build a golf course, the farmer says his family has lived there for generations and he has everything he wants. Trump claims he’s stalling to drive up the price.

Good story, and being of Irish descent I tend to migrate to the little-guy stories like this. While watching the video, though, something didn’t seem quite right. I’ve never been to Scotland, though I’ve spent time in Ireland. The skies in the video seemed … very blue. Which was fine, until I noticed this sequence of images. Watch the way the “line” of blue moves. 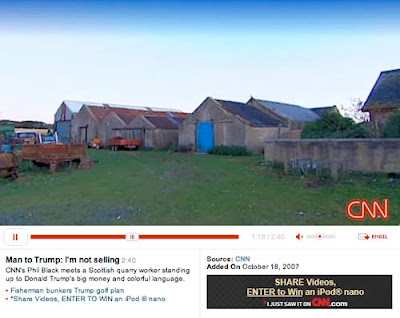 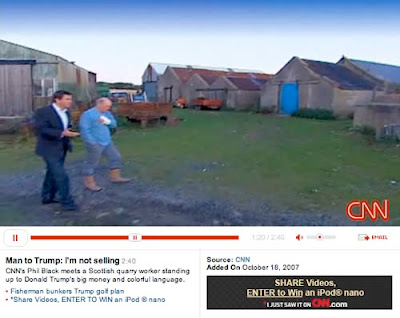 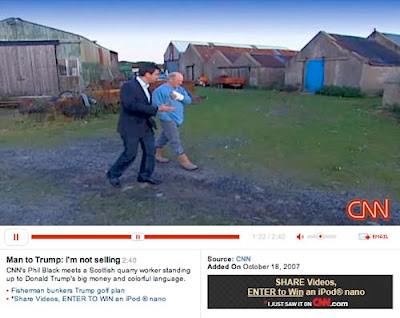 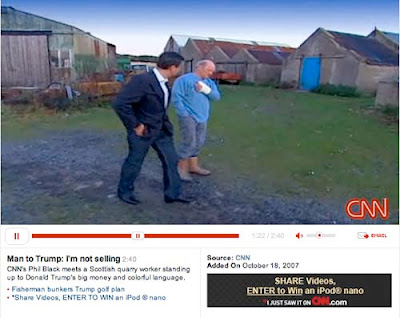 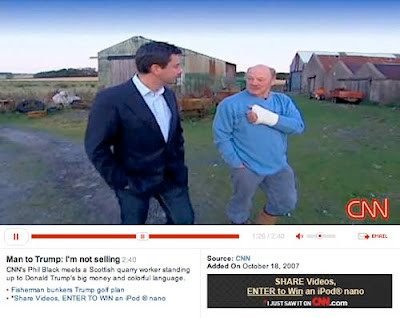 Based on how the depth of blue never changes as the composition does, I suspect there was either a graduated filter dropped in front of the lens or this was punched up by an editor. Either way, in a news story, I’m not sure I’m comfortable with this.