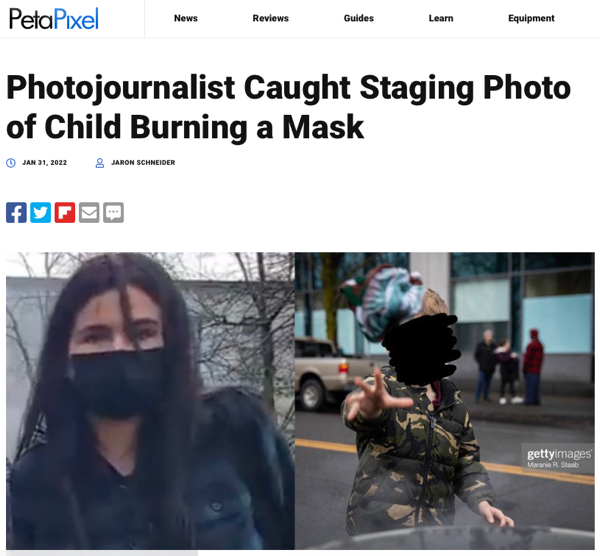 A nationally-known “photojournalist” was caught setting up an image and video of it was posted online. There have been several Twitter threads and now PetaPixel has picked up the story.

At the time, Maranie Rae Staab was making photographs for Getty Images, which has deleted the images from that event and severed their relationship with her, according to PetaPixel.

Note: Staab has won awards from the National Press Photographers Association in their Best of Photojournalism competition. I oversee the administrative side of that competition and the NPPA is headquartered at the University of Georgia.