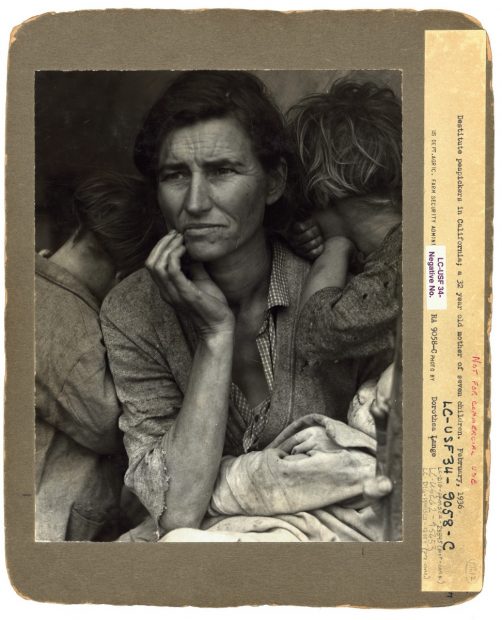 Well worth reading: Alice Gregory at The New York Times’ Style Magazine takes a look at the role of Dorothea Lange in the growth of photojournalism as the Museum of Modern Art opens their second retrospective on her.

And this section, written about her final months:

Lange was only eating soft foods by this point and rarely ventured outside. She kept a camera around her neck, though, “for health,” and continued to take photographs — of her house, of her family.