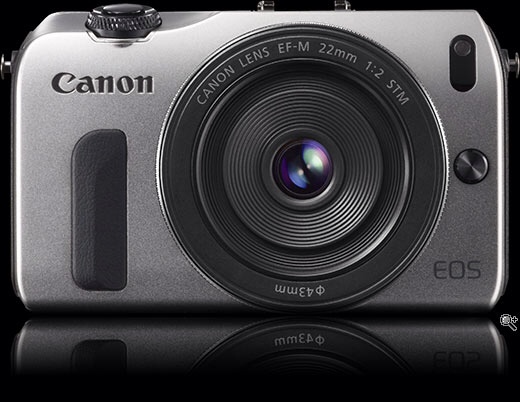 Dpreview.com has a preview piece up on the new Canon EOS-M camera that has just been announced. Priced at $800 with the fixed lens, is this a serious competitor in the “mirrorless” marketplace?

It's hard to say … I have been shooting with an Olympus E-P2 micro 4/3 format camera for almost two years now, which is the same class as this new Canon, and I love the system. The Canon will offer a slightly larger chip (which is a very good thing) and access to all of the EF lenses they make (via an adaptor), but it's a very entry level body with minimalist controls. The first iteration offers no dedicated control dial for, say, aperture input and doesn't have the ability to add an eye-level viewfinder.

That last one is the killer feature for me – I could probably adapt to using the touchscreen for exposure input, but I have never gotten comfortable with framing via cantilevering. Holding the camera out at arms length just adds too much instability for the type of shooting I tend to do.

Maybe we can hope there's a second, higher-end body with a few more features in the pipeline?