It was be very nice to be approaching the end of one semester and spend the remaining week concentrating on just these students, just these projects. But we wrap up, take a short break and then launch right into what comes next. Whatever that is …

So I’ve been spending the last few days thinking and reading, trying to get ready for the spring mentally. (There were grand plans to compose the spring syllabi, but, well, you know – turkey, tryptophan, stuffing and gravy.) 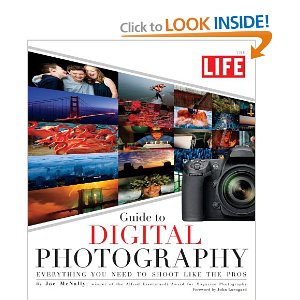 The intro class will get ripped up and redone as I’ve decided to work with a completely new text book. Joe McNally released The Life Guide to Digital Photography recently and it looks like a better fit for what I want to teach as well as how I want to teach. That means a new syllabus, new presentations and new assignments. (I really need to make these major changes for fall classes so I have all of the summer to get them ready … for those reading ahead, I’m sorry if it’s a little more chaotic in January.)

In addition to two sections of that class, I’ll also be teaching the Documentary Photography class–perhaps the most erringly named course I teach as it’s now about 70% video. (This may be its last time under that name, I think the department agreed to rename it “Visual Journalism” or something like that, to fit in with our new major and emphases that go into effect next fall.)

Which leads me to two pieces that Mindy McAdams, the Flash Goddess down at the University of Florida, sent out on Twitter this afternoon. The first is a blog entry she wrote that looks at how audiences are using online video and how journalism organizations are not really getting it.

The second is a piece over on The Online Journalism Review by Aaron Chimbel that talks about using simple video cameras (the so-called “Flip cameras,” even though I prefer the (now discontinued) Kodak version) for online journalism. Those students heading into the Doc class should read that now because we’ll be drawing a lot from that come January.

So what will the Doc class be like? The last few years the video has been centered on some beautiful Sony HDV cameras with all the toys–three mics, tripods, lights. I think we’ll start with the more portable Kodak Zi8s, learn the basics of shooting and editing with them. That will let us get over the technical fears faster and move on to storytelling. (We will transition to the big Sonys, don’t worry–but we’re going to focus on the story more than the gear. I’m tired of gear, figure it out.)

More as it develops …