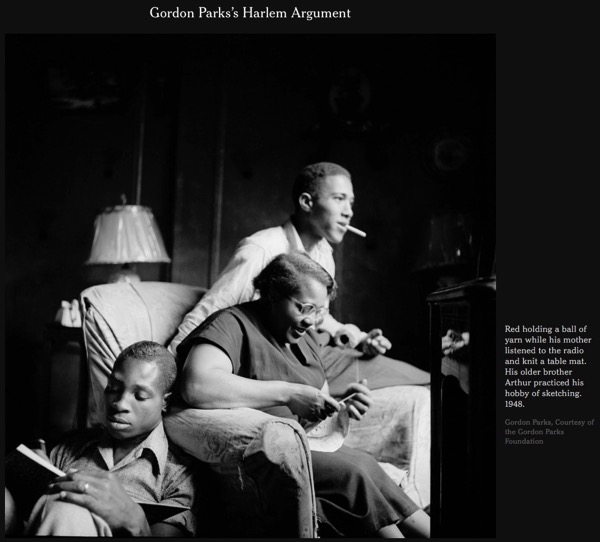 Given the news out of the University of Missouri this week – which is overwhelming in its complexity and very difficult to thread an education lesson through in a short time – the timing of Maurice Berger’s story about a new Gordon Parks exhibit in New York on The New York Times’ Lens blog is stunningly relevant.

The exhibit details not just the published work from Parks’ first assignment for Life magazine, but also the entire take, notes and conversations about the images – what to include and, more importantly, what to exclude. It sounds like it is a brutally honest look at the process of how a picture story would be crafted to match a pre-determined narrative.

Does that sound familiar this week?

By demonstrating the fullness and complexity of its subjects’ existence, the photo essay could have helped the magazine’s white readers to make connections to their own lives, an empathetic response that Mr. Parks believed was vital to challenging stereotypes and misconceptions about people they saw as fundamentally different from themselves.

I have been rolling ideas through my head for nearly two days now regarding the Missouri incidents. I am angry, frustrated, concerned, baffled, worried and deeply fearful that this event is a turning point (one we may not recognize for a very long time) that signals a seismic shakeup of the relevance of journalism. If a group that was fighting to not be thought of as other chooses to label journalists as the new other then maybe our relevance is over. Technology is somewhat to blame here, but it’s much more about an attitudinal shift, I think.

Much more on that in future posts, but for now, go study Parks’ work.