You never want to forget anything, so a bigger memory bank would be great, right? Same thing goes for memory cards, right? Bigger is better, so the Lexar 128 GB SD card would be awesome. 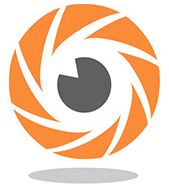 Scott Bourne over at PhotoFocus gives us five tips on how to handle memory cards, and I’ll add one more – bigger is NOT always better.

With some of these massive cards, it would be extremely easy to put an entire assignment (or even several assignments) on just one card. And if that one card gets corrupted or, worse, lost … well, then you’re up the proverbial creek without a paddle.

Having been extremely lucky over the last 17 years of shooting digitally, I still make sure that assignments are spread over more than one card. Much the same way that, once I was done shooting a job on film, I’d shoot a few extra frames on a separate roll of film. That roll would get pocketed and not processes with everything else.

Because it would take just one hiccup of the Wing-Lynch to make life really miserable.