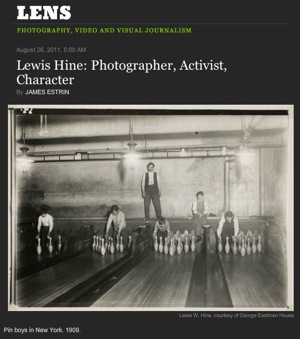 James Estrin has a great interview up with Alison Nordstrom about the Lewis Hine exhibit she has curated for the Henri Cartier-Bresson Foundation in Paris. The collection of images over at the Lens blog on the New York Times site is great, but it’s the interview with Nordstrom that really interests me.

She has deeply studied not just his work but him, as well, and speaks eloquently about the man behind the images.