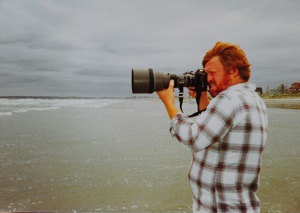 Happened a few days ago, wasn’t sure what to say … Tom Herde, a veteran of the Boston Globe and Newark Star-Ledger, passed away on Tuesday. He was 62.

Early in my shooting career, I would bump into him from time to time. I was stringing for the Associated Press, he on staff for the Globe. I never knew him really, just by casual association, but all have spoken well of him. I know he was instrumental in bringing my good friend John Bohn (who made that photo of him) to the Globe in the early 1990s. And Stan Grossfeld’s obituary speaks glowingly for him, too.