As a news photographer in the late 1990s, I worked for my hometown paper, a paper that, at the time, boasted some of the best shooters in New England. Getting to work alongside Shannon McHugh-Power, Eddie Hopfmann and Paul Kapteyn every day was an awesome experience. The one issue I had was a persistent problem in how we were scheduled. It was not uncommon for me to have a 3:00 p.m. assignment when my shift started at 3:00, which was then followed by a 3:30 or 4:00 some distance away. It was real hard to come early and stay late, to truly document what was happening. We made it work, sometimes … 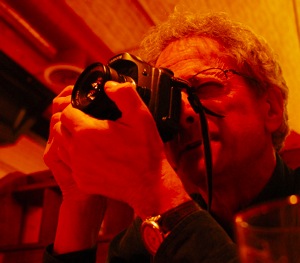 Which leads me to this blog post by Joe McNally, who was commenting on a post by another one of my heroes, David Burnett. Burnett was denied access to a helicopter flight in early February of 1971 while covering the Vietnam War, a flight that ended up being the last of several photographic luminaries of the war – Henri Huet of AP, Kent Potter of UPI, Larry Burrows from LIFE, and Keisaburo Shimamoto from Newsweek all died when their chopper was shot down that day.

We are lucky that Burnett didn’t get on that flight, I think. He has gone on to cover the world for the last 40 years, to bring us places no one else has been, to help us have a greater understanding of our world. He is one of the last of his breed, a man who for years could tell an assigning editor he needed to go somewhere, just on a hunch. Or to call back and say he needed a little more time, because something might happen.

There were no guarantees, no certainty of outcome, just a feeling that something momentous was about to happen. (Burnett) stuck with it, which is sometimes, as a photog, all you can do. And then pray you’ll be ready with a camera to your eye when the moment you thought you needed to wait for implausibly, inexplicably, and suddenly, happens.

My students often lament that their images aren’t good enough, that they get the technical stuff but the emotional content isn’t always there. And there’s a simple answer to their problem – time.