Thinking out loud again, this time triggered by Andrew Goodall’s post on how photo editing (meaning, Photoshopping) is not a substitute for photography skills. Love this graf: 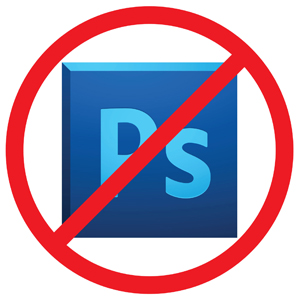 I met a man who told me about his visit to Sea World. He took a bunch of photos of his wife, but he wasn’t happy with them because the skies were grey and there were lots of tourists around. So he set to work on a computer, and over three days he transformed the sky in every photo to blue, and removed all those pesky tourists. He had successfully manufactured a ‘memory’ of a day that never actually happened.

To each his own, I guess. To me it was just creepy.

And that has me thinking that I may take Photoshop out of the first half of my introductory course. I’ll teach them Photo Mechanic, but maybe I won’t introduce Photoshop as the companion to it. Eliminate cropping and toning at the start, make them shoot as if they were on chromes … hmm …