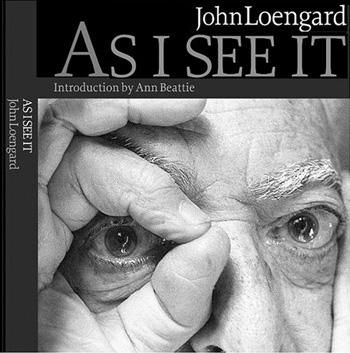 John Loengard has a guest post over on Scott Kelby’s site, and it’s an entry that every aspiring photographer and picture editor has to read. The role of the picture editor is, perhaps, the most misunderstood one in the communication industry. No one likes their picture editor – not the photographers nor the editors on high.

But the role a good picture editor can play is so crucial it amazes me that there is not a great university program designed to produce great picture editors. Many schools have a class, but none (of which I’m aware) have an entire program dedicated to the art and business of visual editing. (Are you reading this, boss?)

Other editors, with the story’s text in hand, may judge photographs by what they have read. Don’t join them. The reader sees before he ever reads and may never read if there’s nothing interesting to see.

The number of complaints I received as a picture editor from the word and design side regarding the photos not matching the story, with an assumption we had gotten it wrong, was uncountable. And asking, “Are you sure the reporter got it right? Where they there?” never went over well …

I will admit I was a good photographer and probably a better picture editor (though I enjoyed shooting far more than editing). Where I put so much of my energy was in helping my staff get into the right place to tell a story. Once I had opened as many doors as I could and led them down the right hall, it was up to them.

Text editors do their work after the fact. But because photographers have something in common with Babe Ruth-they either hit the ball or they don’t-almost everything a picture editor does is done before the pictures are taken. What can you do after a home run except smile?

Another dilemma photographers run into. In the newsroom, the reporters are slaving away over their keyboards while the photo staff is relaxed, jovial even, at their work stations. The reporters response to this, verbalized or not, is that the shooters have it easy. What they fail to understand is the photojournalists who are no so relaxed are unwinding from having to tell an entire story in a split second, from having a massive amount of pressure dropped on them and then removed. There are no re-shoots in news, a picture editor can rarely rework an image to get a better story out of it. The timing of the pressure point is different. In fact, it may not even be a pressure point for the reporter as their agony can be dulled over time. For us, it is instantaneous and the bitterness of failure lasts a very, very long time.