Is there finally a challenge to the Flip? And is it coming from Big Yellow? Never thought I’d say this out loud again, but I’m loving something from Kodak. (For the record, the last time I said that was when I was still shooting Tri-X, which was … um … 1994?) 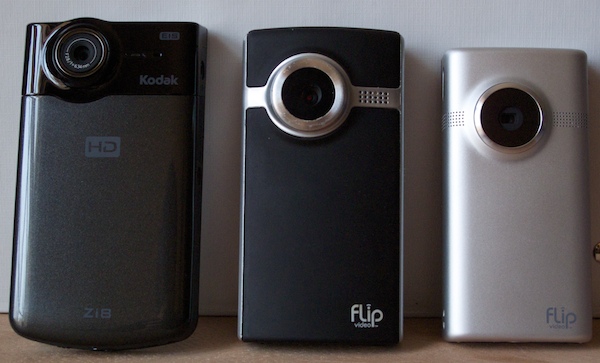 Several years ago, when a Flip Ultra video camera showed up on my desk, I got pretty excited. Was this the teaching tool that would change what I did? Was this the tool that would simplify news video for the web? My enthusiasm was pretty strong, strong enough to have my college start buying them.

Since then, the Flip has been updated, adding a smaller version and high definition video, all while retaining the simplicity of the original. Completely self contained, it allows users to concentrate on the story. But it didn’t really evolve. The quality got better, but the feature set stayed true to its roots – it was a pocket video camera, nothing more, nothing less. (With the FlipShare software, you can now easily pull frame grabs from the video, but that’s dependent on having good frames to grab.) 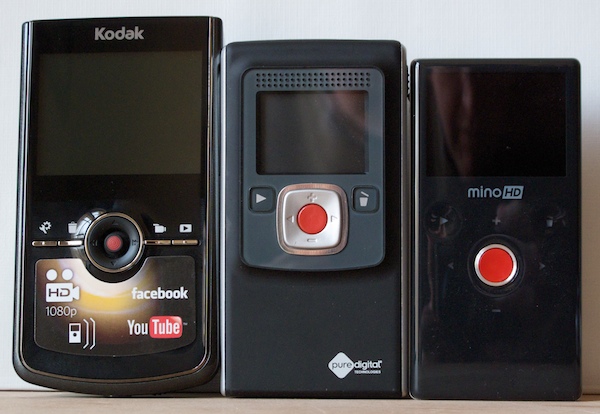 The internal storage was all there was, no way to carry more storage with you for long shoots. And the internal, rechargeable, now-swapable battery on the Mino and Mino HD leave me nervous – the replaceable AA batteries of the Ultra make me a little more comfortable.

The one feature I really, really wanted, though, was a microphone jack. That simple little addition … wow, game changer. More control over the audio means better audio means less frustration amongst viewers. And, really, how hard could it be?

A few competitors to the Flip cameras have shown up, but last year Kodak – KODAK – introduced what I think is the Flip killer. (You have no idea how badly I want to write something about the Flip being a flop …) 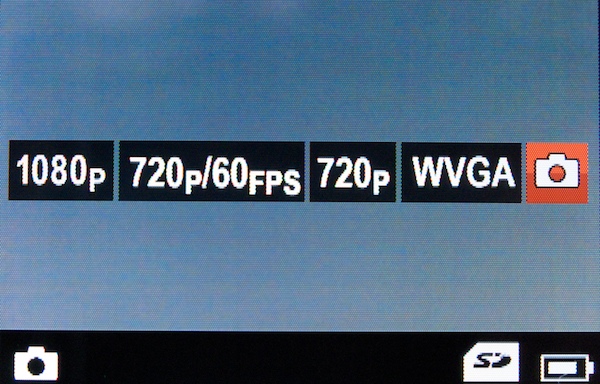 One button brings up four video options along with the still photo setting.

The Zi8 is a little wider than the Flip Ultra, a little taller and thinner. It does video at four different resolutions (1080p, 720p at 60 frames per second, 720p at 30 frames per second and WVGA). There’s image stabilization to help even out your video, too. It has a built in USB port to connect with. On the surface, it’s pretty similar to the Flips.

But then you look closer and there’s more … it will take 5 MP still photos, letting you carry one tool instead of two. There’s a rechargeable battery, but it’s removable so you can carry a spare. There’s a little switch on top of the camera to put the lens into a macro mode. There’s an SD card slot on the side so you can use multiple cards. It has HDMI and analog video/audio outputs. 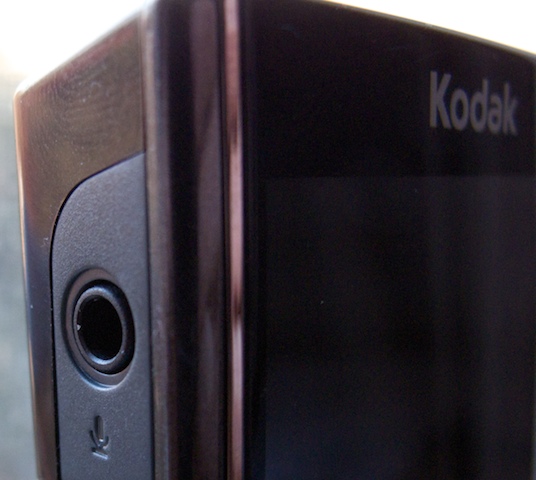 And then you see it – there’s a 1/8 inch microphone jack on the side. And – as if that wasn’t enough to make you dance a little – in the settings menu there’s an audio level control with a simple meter.

Kodak loaned me one of the cameras in mid-December and I’ve been carrying it with me constantly. The video quality easily matches the Flips. The still photos are good enough for web use, I’m not sure I’d want to run them in a magazine anytime soon. The ability to flip the lens into a macro mode is great for doing detail cutaways for videos.

And the mic jack … it’s just such a common sense thing to add and makes life so much easier. I did a little exit-interview video with my students and plugged in a wireless lav mic and the results were great. 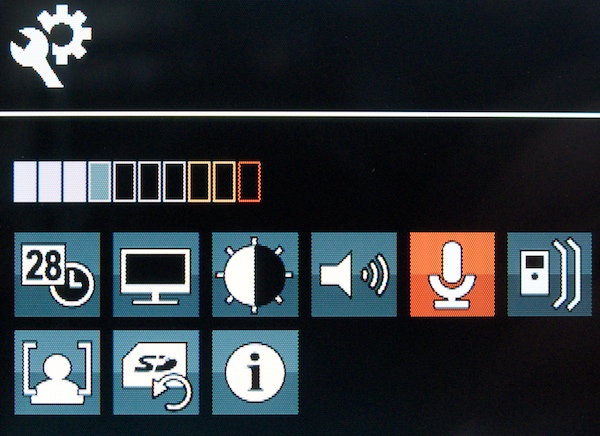 Audio controls are accessible through the settings menu.

Are there down sides? Yes – the tripod thread on the bottom appears to be plastic and I almost cross-theaded it once. While there’s face recognition technology that helps keep the exposure correct on people, it’s a fixed focus lens that seems to be at it’s optimal sharpness from five feet to infinity. As a journalist’s tool, that’s going to mean shooting simple mug shots pretty loose and then cropping them. It’s not a killer, but it means you have to be a lot more careful with backgrounds to get mug shots to work. 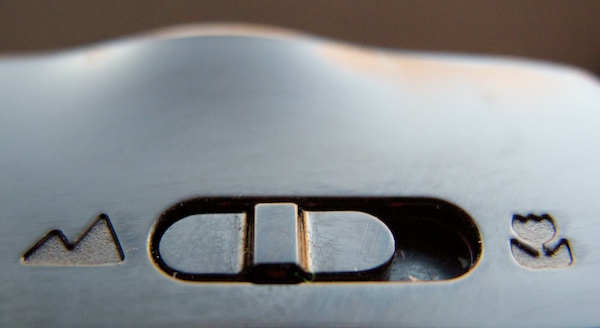 A small switch on top of the Zi8 moves the lenses around and allows very-close-up shooting.

As with most pocket video cameras, the chip is small so the focal length of the lens is short (6.34 mm), which means distortion is going to be a problem. Manageable, but it’s definitely there.

So what do I think? Let me put it this way – I’ve written a course proposal for a one-credit digital literacy course, required of all journalism majors. I’m going to modify it and make the Zi8 a required item for the class. So far, it’s the only tool that allows you to do still photos and video simply and let you control the audio at a significant level. With a little work in an editing program, you can even pull the audio out so this becomes a digital audio recorder, as well.

Is it a professional tool? Hmmm … for a trained visual journalist, no, it’s too basic. For a journalist that needs to occasionally roll some video, shoot a scene-setter or collect some audio, it’s certainly the best tool on the market right now.

As an educator, do I think this is a teaching tool? Absolutely – I haven’t seen anything that matches the feature set of the Zi8 and the video, audio and still quality more than meets the needs for an educational situation.

Which leaves me pondering the roll of Kodak in my future. I grew up on Kodachrome and became a professional by learning my craft on Tri-X. So I’ll share two videos with you, the first was supposedly an internal video from Kodak a few years ago, but it certainly shows a change in attitude from within Big Yellow, one of the corporate behemoths of the 20th century that struggled to make the transition into the 21st century.

The second is an excerpt of a recent public talk by Jeffry Hayzlett, Kodak’s Chief Marketing Officer. If these attitudes continue to develop, I think Kodak will be alright.